Ever seen a grafittied cow? Most people have seen one of the famous ‘Cow Parade’ painted cows, but few know that the scuptures make up the largest public art event in the world. Over fifty cities have hosted the project since its beginning, and 5,000 local artists have participated. Vivienne Westwood, Christian Lacroix, Radiohead and Ronnie Wood are just some of the celebrities that have decorated a cow – usually auctioned for charity after the event. Over the years, the cows have raised over $20 million for a wide variety of charities. 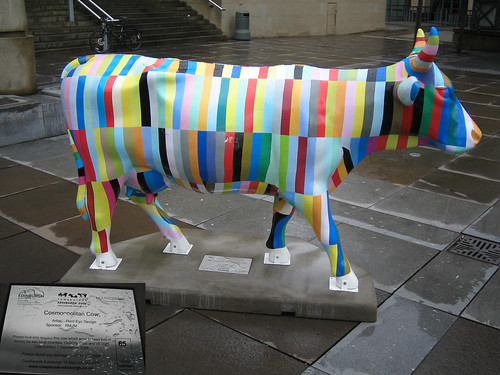 The concept started in Zurich in 1998 with the original statues, designed by Walter Knapp. The project was called ‘Land in Sicht’ – or ‘countryside in view’. After an investor decided to arrange a similar exhibition in Chicago, other cities started to take notice and commissioned cows to stand in their streets too. 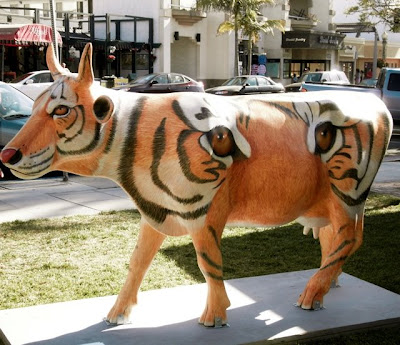 But why cows? The project directors of Cow Parade say, ‘the cow is a universally beloved animal…(she) represents different things to different people around the world – she’s sacred, she’s historical, she connects us to our past – but the common feeling is one of affection. There is something magical about the cow that transcends throughout the world…As an art canvas, there is no other animal or object that provides the form, flexibility, and contiguous breadth of a cow.’

Before you rush to start spray painting at your local farm, you might want to check out the archive of every cow in the project’s history for some inspiration.