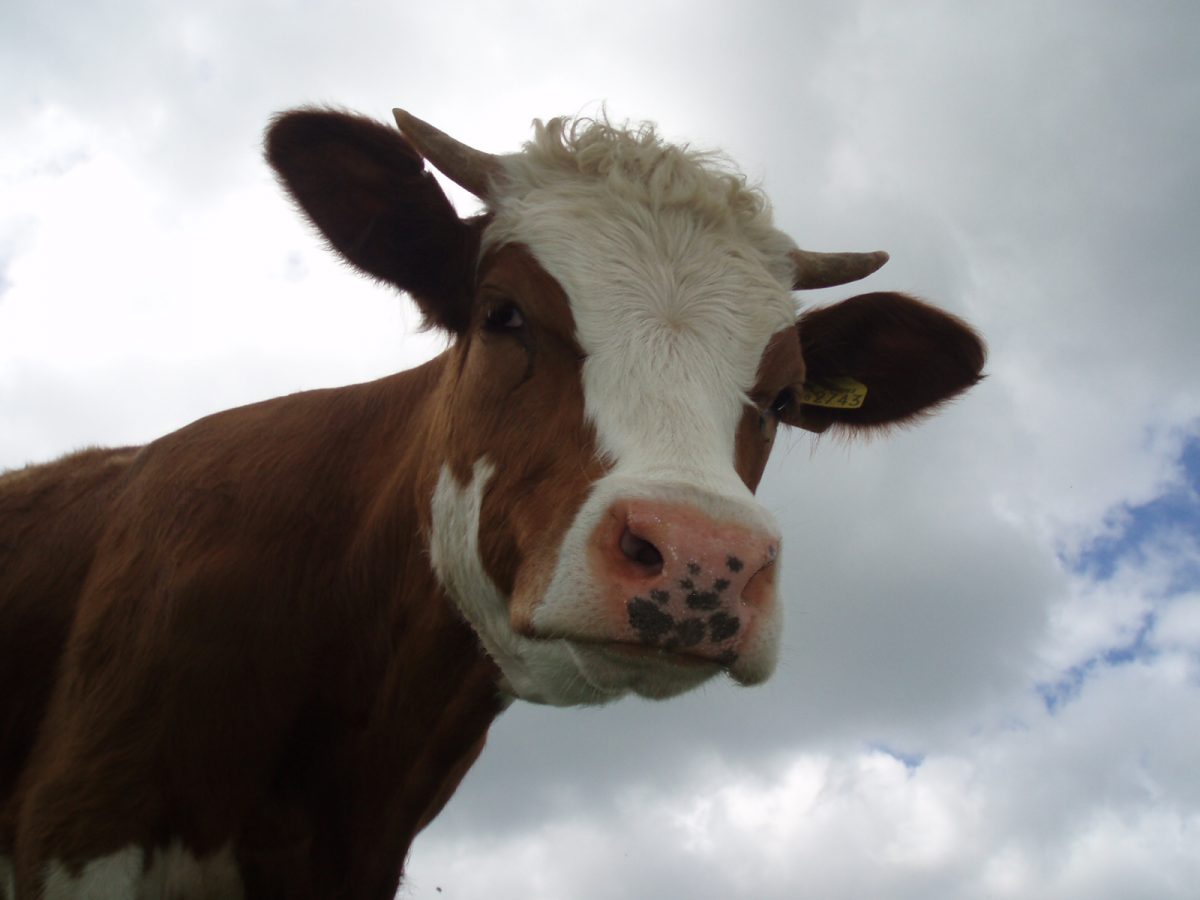 The cost of Ahimsa milk – Posted in: Uncategorized

The Ahimsa Dairy Foundation is a not-for-profit organisation dedicated to providing organic milk from cows who will never face slaughter. Instead when their milking days are over they are retired to a sanctuary where they can spend the rest of their days relaxing in the fields until they pass away naturally.

Ahimsa cows only have a calf every two years. They are generally served by one of three bulls and the Foundation welcomes both male and female calves. The females mostly join the milking herd, whilst bull calves also go to the sanctuary where they are to be trained as working oxen. An ox is a castrated bull and this makes for better management as intact bulls would fight each other and could be dangerous to people.

However, the cows’ pension fund does not come cheap and we believe our cows’ and bull calves’ lives are not cheap. The price of our milk is more expensive than conventional milk, but we think this reflects its true value as a precious foodstuff. Organic milk has high levels of Omega-3, which is important for human health and there are many other associated benefits such as vitamins and calcium for strong bones. Many favourite food such as cheese and yoghurt also come from milk.

We believe that the domesticated cow made human civilisation possible and over millennia people and cows have been together in symbiotic relationship. The cow gave milk, while the bull was used to plough the land and pull heavy loads. It is only after the Second World War with the advent of intensive factory farming that this relationship has broken down. Many cows today live a miserable existence. They are in calf every year, given no access to fresh pasture and as soon as they go dry or become infertile they are dispatched to the abattoir long before their lives would end naturally. We think this is no way to repay the generosity of the cow.

Bulls fare even worse, with thousands in Britain being killed when they are just days old or sold as veal. A male calf is not fully grown until he is seven and can stand 6ft high and weigh over a ton. Many people today are surprised when they see a fully grown ox as it is now such an unusual sight. However, a bull can be a joy to work with, they don’t use fossil fuel, provide valuable fertiliser for the soil and can do many jobs, especially on small-holdings where a tractor would fail.

The Ahimsa Dairy Foundation is a radical new venture and we face many hurdles. There are those who think we are hopelessly idealist, others who doubt we do what we say on the tin and those who think we are making heaps of money from our cows. None of these things are true, except the fact that our milk is not cheap. However, a cow’s natural lifespan is around 18 years. we expect our cows to retire at around 13. Thus there are a number of years when we must care for an unproductive animal. People rarely put down elderly dogs or cats, surely the cow who has given so much, should expect the same kindness in her old age.