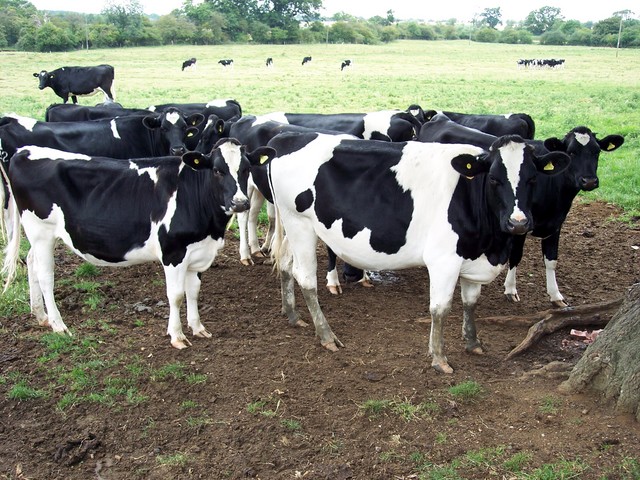 Cheap Milk – what is really at stake? – Posted in: Uncategorized

The row between dairy farmers and milk buyers is intensifying with farmers now threatening blockades of supermarkets and restricting supply by pouring milk down the drain.

There is a minimum cost involved in the care of a milking cow. Stripping it below that minimum price means added pressure on farmers to extract more milk from their cows. If milk production is not increased they face losses beyond their means resulting in the closure of a dairy and slaughter of its herd.

The last 20 years have seen the number of (British)dairy farmers reduce by 40% to 10,700 today. For a small to medium sized dairy, it raises the question whether even 30p a litre – (quoted as the minimal cost of production by the NFU) is truly sustainable?

There is a widely held belief that our staples should be cheap and accessible to all. This has resulted in the de-valuing of what milk is and what it does for us. In Hong Kong, a litre of milk sells at approximately £4:50 (it is imported because there is no land for keeping cows). Thus those who buy it use it sparingly, and are careful not to waste any. In the UK supermarkets have artificially lowered the price of milk so much so it is feared that if the public had to pay the true price, there would be an outcry. The ‘cheapening’ of milk has resulted in a reduction of milk quality, increased anxiety for farmers (many voting with their feet and leaving the industry) and the tendency for cows to simply become milk machines. Both farmer and cow are stressed out by the pressure to produce more milk and animal welfare is often a low priority.

As TV chef Hugh Fearnley-Whittingstall said: “What’s at stake, ultimately, is the full intensification of the dairy industry, into an indoor industrial process like broiler farming or factory-pig production. So what’s also at stake is a whole landscape and centuries-old rural infrastructure, millions of acres of pastures and hedgerows.” [The Independent – 18/7/12]

If these low prices are to continue, we may well have mega-dairies running herds of at least 500 cows and small dairies unable to survive. This would be a bleak future indeed. Customers have to care where their milk comes from and supermarkets must stop using it as a lost leader and play fair.