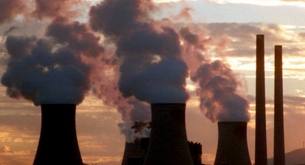 Rio Summit – what has been achieved? – Posted in: Uncategorized

The 20th annual conference of the UN Commission on Sustainable Development has been elevated to a format which aims to reignite the commitment of world leaders to the cause. It will take place this coming week in Rio de Janeiro (20th – 22nd June), in recognition of the significance of the 1992 Earth Summit. Unfortunately, the prospects of “Rio+20” recapturing the visionary mood of its predecessor are very poor. The experience of UN climate change negotiations suggests that the political classes are content to shelve even the most apocalyptic scientific research. And the multilateral appetite for action on global poverty and food insecurity has been overwhelmed by domestic economic difficulties.

The Alternative Conference for the Rio Summit (16th-17th June), however, was a great success – with hundreds of people attending – on both days. With a broad range of fantastic speakers to share a multiplicity of fascinating insights into the environmental crisis.

The Conference was Organised by the Campaign against Climate Change with the School for Oriental and African Studies (SOAS) Department for Development Studies.