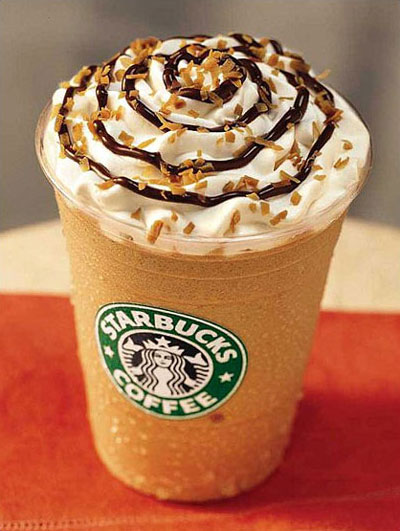 The Joy of Soy – Posted in: General

How do you like your frappucino? Well, apart from whether to choose chocolate or green tea, it seems like there’s a growing number who don’t want their milky drinks to have any actual milk in them.

According to Nielsen, a market research company which tracks food and drink sales, dairy free milk hit more than £136 million during 2010, compared with almost £103m in 2008 and £87 million in 2006. This change in consciousness has been noted by Starbucks, who have have just announced a new ‘Soy Frappucino’. A report today in The Telegraph reports Starbucks as saying that soy milk ‘had completely taken off in the last two years, from being a niche product offered to people who asked especially for it, to now being regularly on the menu.’

Many people choose plant-based milk alternatives due to lactose intolerance – interestingly, also a growing phenomenon. The NHS recently reported that almost 5 percent of Britons suffer from the condition, and as much as 100 percent of Asian-Britons. Others feel it more ethically sound, both for the environment and for animals. As it becomes more widespread, it has also taken on a cool factor – something that can’t be bought by companies trying to market their product, like Alpro. Despite scientific studies revealing the potential drawbacks of soya products, their popularity hasn’t been affected.

For us at Ahimsa, we’re encouraged at the apparent change of mainstream consciousness surrounding the use of milk, and we hope that awareness continues to grow to encompass cruelty-free milk also. With everything from bread flour to toothpaste now using the ‘ethical’ buzzword, perhaps it won’t be long til you can order an Ahimsa latte!