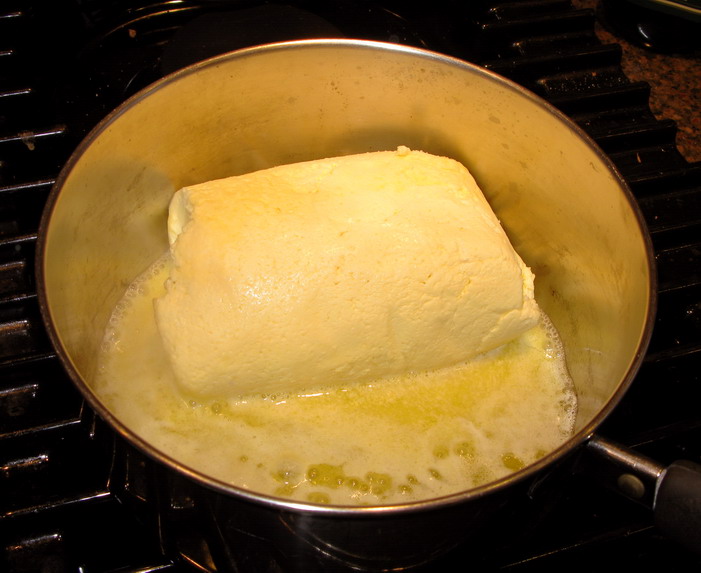 If you’re familiar with Indian cuisine, you will probably already have used ghee – the golden, clarified butter with a slightly nutty aroma.

Ghee is important throughout South Asia for use in cooking, religious ceremonies and medicine. In one form of Ayurvedic cleanse, the patient takes multiple doses of ghee each day, considered to purify the body, dissolve waste products and act as a powerful  and penetrating form of nourishment due to its purity and high fat content. Ayurvedic doctor, Peter Malakoff, describes an incident where a friend suffered second and third degree burns after a cooking accident. After applying ghee, he rushed to the hospital where he was told he would be scarred for life. Doctors advised him to take steroids to improve the his body’s ability to heal. He declined to do so, but continued to apply ghee twice a day to the burns. After six days, his skin was almost completely healed.

So why is ghee so potent? If prepared purely, it is considered to be the most essential element of milk. Of course, this quality is directly affected by the diet and lifestyle of the cows – cows allowed to graze on fresh green grass and life a peaceful, cruelty free lifestyle, produce the most highly prized ghee. This substance can be preserved for hundreds of years and maintains its health giving properties.

Ghee is made by simmering unsalted butter in a cooking vessel until all water has boiled off, the milk solids (or protein) have settled to the bottom, and a froth has floated on top. After removing the froth, the cooked and clarified butter is then spooned off or tipped out carefully to avoid disturbing the milk solids on the bottom of the pan. In the coming weeks, our resident chef will be showing you a step by step how-to for making your own ghee.