Back In The Fields

Home / Ahimsa Cow News / Back In The Fields

Back In The Fields 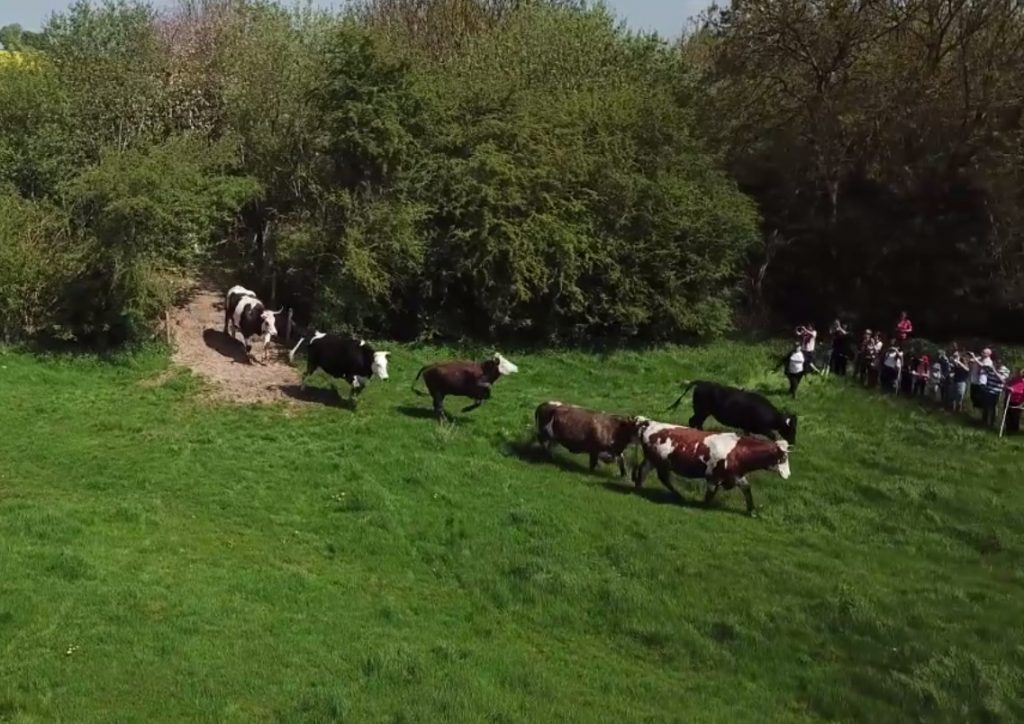 Winter has finally ended and to mark the sun’s return all of our cows returned to the fields last Saturday to munch on the lush, green grass. It is the happiest day in their year and they were all in their elements as they came down the path onto the fields. It has been a long, long winter and the ground was too wet to them them out earlier for their heavy hooves would have turned the land into a quagmire and meant no grass for them to eat in the spring. It is also bad for their feet to tramp around in mud.

The snow, wind and grey rainy days were all behind us though at the weekend and dozens of people came along to watch the cows’ coming out ceremony.

First came the oxen and retired cows. They took their time wondering at the feast in front of them. One or two also blocked the gangway as they stopped to chomp at the first sight of grass. They were encouraged on and with a few bucks and high kicks they were sent off back to their own fields. Plan A didn’t quite go to plan though as some communication problems led to them turning tail and heading in completely the wrong direction. The cowherds had to do a bit of running around, but order was soon restored and they went on their way.

Meanwhile the milking cows had been creating a racket in their barn worried that their relations were the only ones going down that enchanting track. As soon as the gates were open they were off and with moos of delight and skips and jumps, tails in the air they rushed into the meadow and spread out in all directions.

We were joined on the day by a documentary film maker who bravely set up his camera in their path. Fortunately they did not run over him and he assured us he had some great shots. Darlia, mother and grandmother to many of the herd, was as interested in him and he was in them and they did chat for a while.

In all a great day!